Object of the Week: Engraving | Friends of Audubon State Park 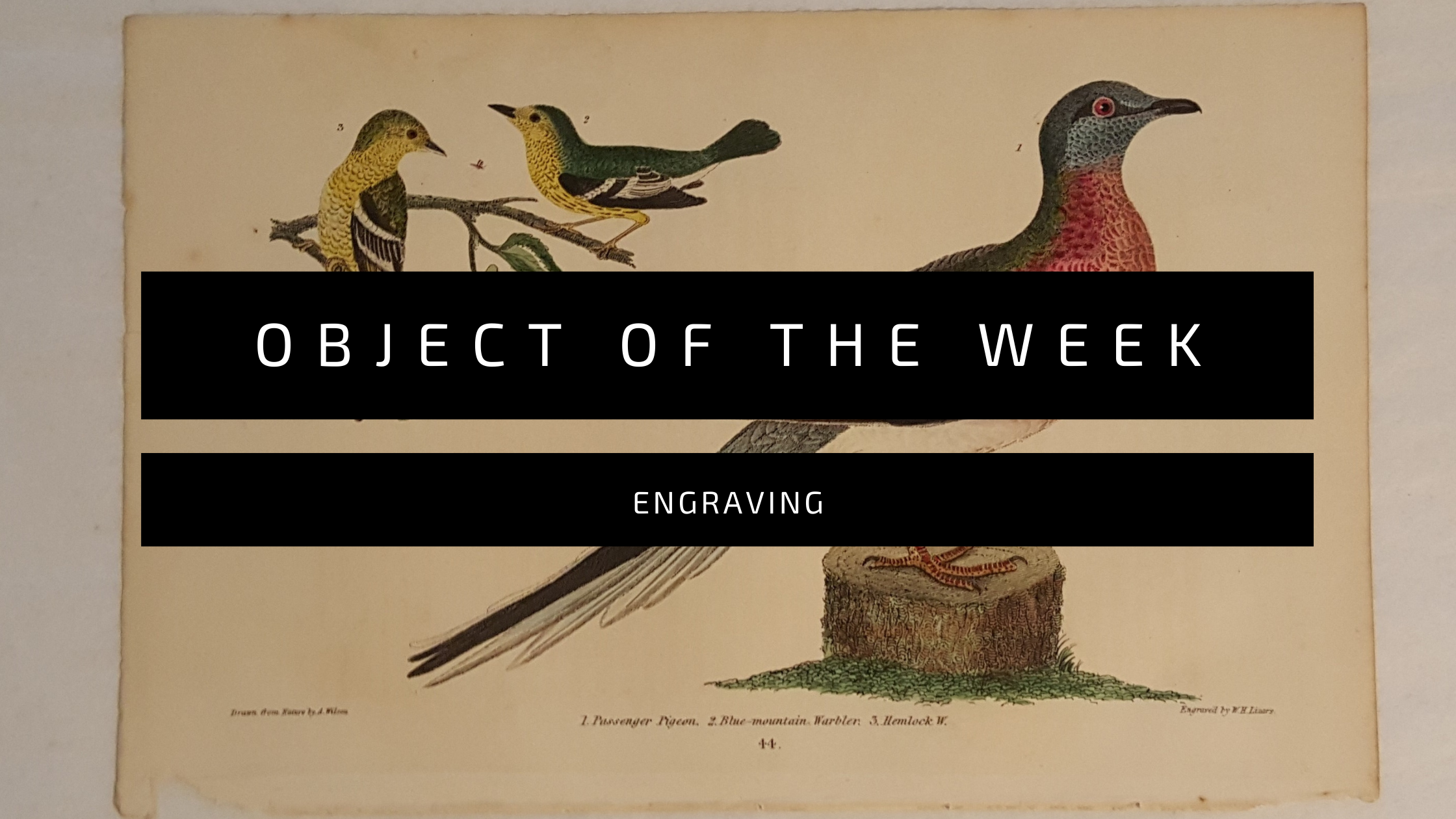 This is a hand-colored engraving featuring three birds: the Passenger Pigeon, the Blue-mountain Warbler, and the Hemlock Warbler. The brightly-colored passenger pigeon, with areas of blue, pink, and green in its plumage, is depicted standing upon a short tree stump with greenery at its base. The pigeon is presented in profile facing to the viewer’s right. The two warblers are perched on a thin forked branch at the upper corner at the viewer’s left. The blue-mountain warbler is presented in profile, giving the viewer the opportunity to examine its coloring, notably the yellow face and breast and green back. The hemlock warbler is positioned to the viewer’s left of the first warbler. This warbler has its body angled to the viewer’s left with its head turned to the right, looking at the blue-mountain warbler. The legend below the center of the image reads: “1. Passenger Pigeon. 2. Blue-mountain Warbler. 3. Hemlock W. / 44.” The artist’s credit at the bottom corner at the viewer’s left reads: “Drawn from Nature by A. Wilson.” The engraver’s credit at the opposite corner reads: “Engraved by W. H. Lizars.”

Where can you view this object? As of the writing of this post, the engraving is located in storage at the Audubon Museum.