Object of the Week: Nails | Friends of Audubon State Park 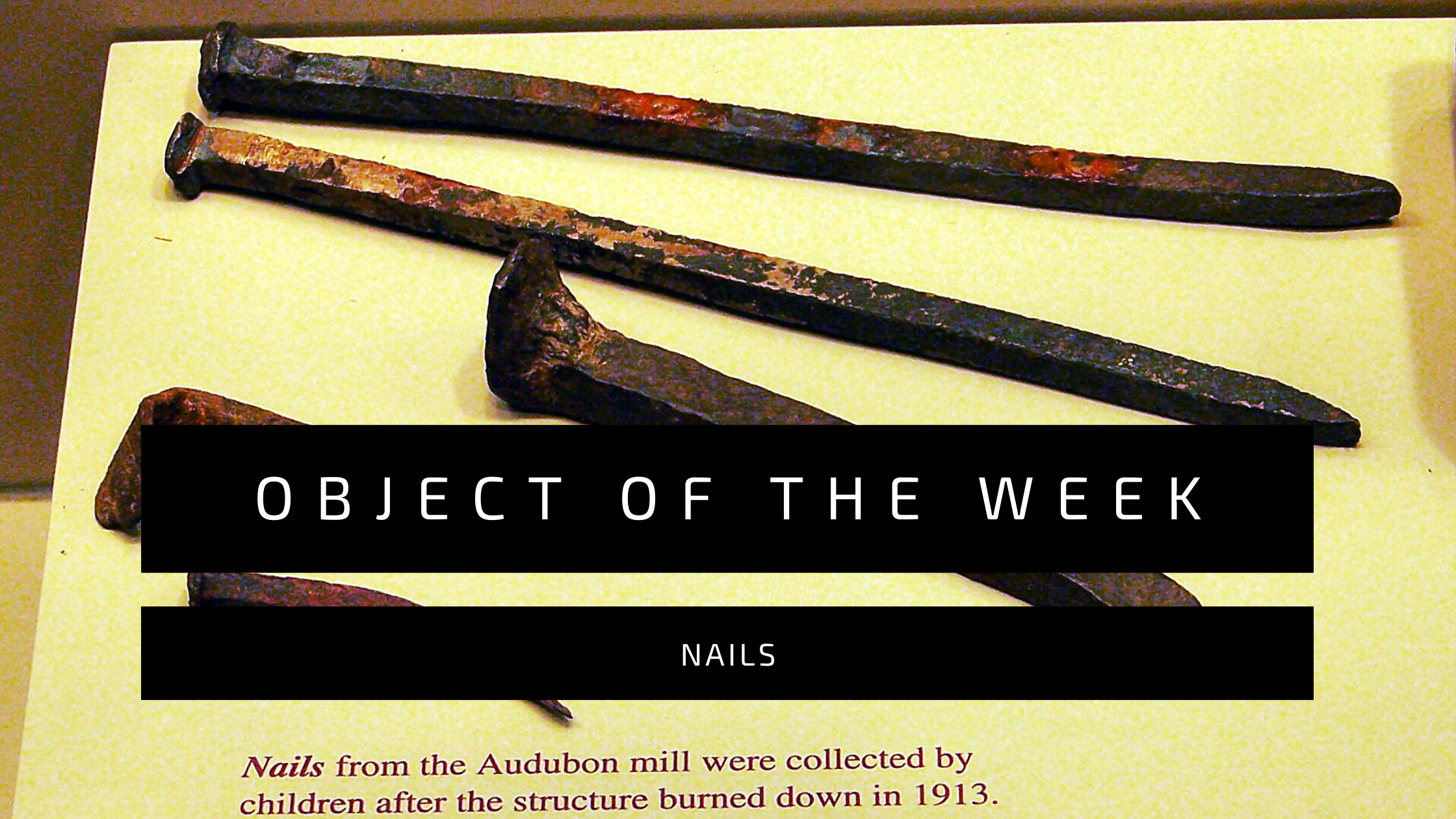 These are hand-forged iron nails taken from the ruins of John James Audubon’s mill in Henderson, Kentucky. The nails were most likely created during the construction of a grist and saw mill owned by Audubon & Bakewell between 1816 and 1817. Henderson librarian Susan Starling Towles (1861-1954) acquired the nails in this collection after the building burned on March 18, 1913. The Henderson County Historical Society later donated the nails to the Audubon Museum in 1938.

Where can you view these objects? As of the writing of this post, the nails are located in Gallery A at the Audubon Museum.